His sticks were always the biggest sticks
That the forest could offer up
Two lengths wide; head held so high
That was the kind of dog my dog was
And when you threw that stick for him
There wasn’t another care in the world
Bounding over logs and through tall grass
Around small trees and through thick brush

I would let him come upstairs
Sit by my feet as I worked away mine toils
Especially with loud thunder
Shaking yonder hills
I can still clearly remember when,
As a young pup, I tried to acclimatize
The tiny dog to a perch on my bed
He grew so fast and at first chance
He jumped from those heights to
More stable grounds below

He made friends with all the other dogs
He was loved by all those who knew him
His heart beat so true none could deny
His kind, gentle demeanor as he prodded on
Hardly a pup could try his strong patience
But let’s not be fooled that when needed
He wouldn’t take much testing
From neighborhood mutts

It is uncountable the amount of times
He would scare away a bear, herd away a moose
Scamper after a fleeting deer through long grass
Or jump at the sound of the resident squirrel
Sending him high in branches of his tree
He would lose himself in the forest tracking a scent
Only to reappear down the trail looking for me

He had his friends that roamed the trail behind the house
The young girl down the road and her witty sled dog
The Germans and their duck dog, oh what a pair those two made!
One that couldn’t stand a loud sound
The other that lived for the sound of a shot!
Or the wolf hound three doors down
And the proud girl with her border collie around the bend

He was a great dog, the dog that I had
When I returned home, his tail would knock
Over anything near, excited yelps uncontrollable
He would always put his nose between your legs
Slowly walking through as you scratched him down
When you got to his tail, his legs would go weak
For it was there that gave him infinite pleasure

I will miss the dog that I once had
A great dog, a brother of mine till the end
I will miss him more than the trails we used to walk
Or the seasons we’d always play 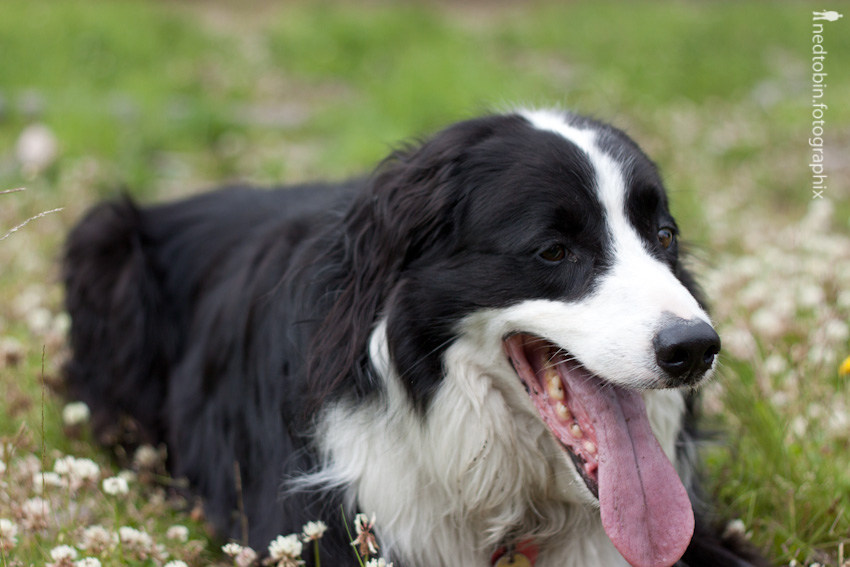